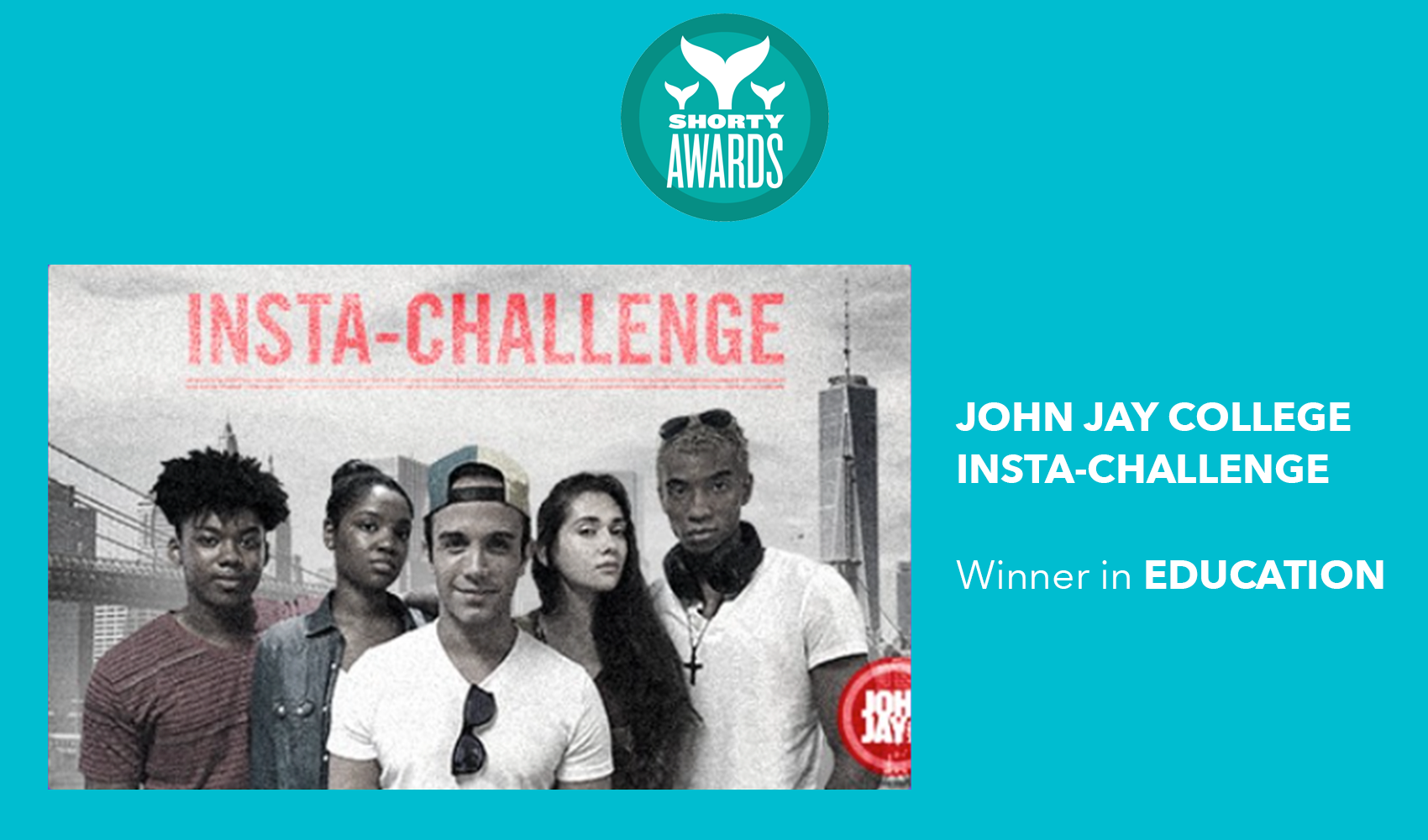 Now in its eighth year, the Shorty Awards were the first awards to honor social media. By constantly evolving along with the medium it honors The Shorty’s remains the most prominent award show of its kind, engaging an online audience of millions.

Brand and organization winners were announced via Snapchat on Tuesday, March 22nd and will be celebrated at the star-studded awards ceremony on April 11th in New York City.

VGD crafted an innovative “choose your own adventure”-style game for John Jay College played exclusively on Instagram. While students are playing, they are searching for a code that is hidden throughout the game. Many of Instagram’s exclusive features were utilized in order to create a truly immersive experience. VGD recognizes the importance of social media and connecting with our audience in a unique and effective way.

“It is difficult to grab the attention of a young adult target audience in New York City,” said Robbie Szelei, Director of Strategy and Digital Advertising at VGD. “We set out on a mission to create something truly unique and engaging. This project proves that big ideas can outperform big budgets. We are excited and honored to be recognized for our efforts.”